Wilken Plastics Energy GmbH started recycling plastics in 2009. What began as a niche project expanded fast and grew beyond its interim location. Just two years later, work began on a new build premises and the relocation to the current headquarters in Haren (Ems). The STEINERT UniSort Film EVO 5.0 was chosen as the sorting system. The fourth recycling line is now in planning. 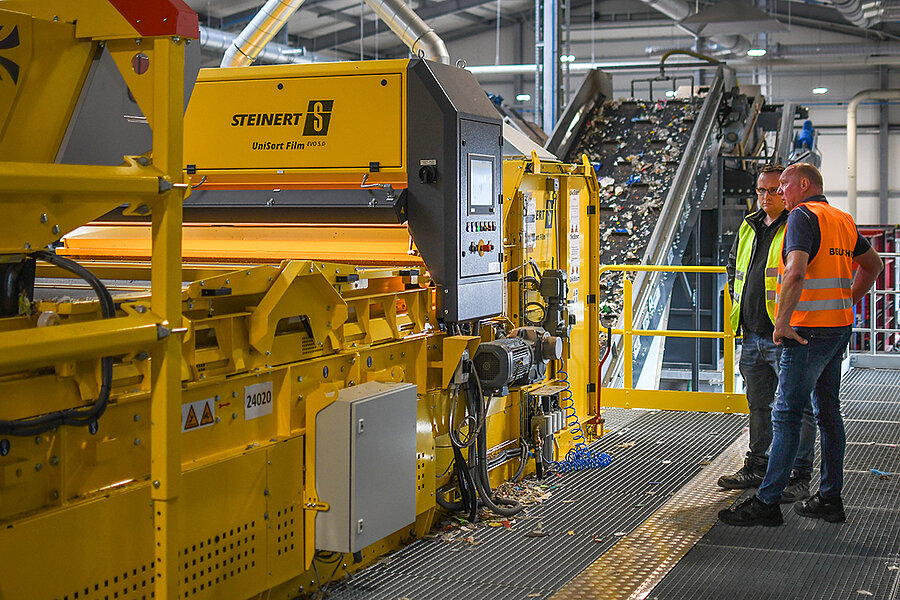 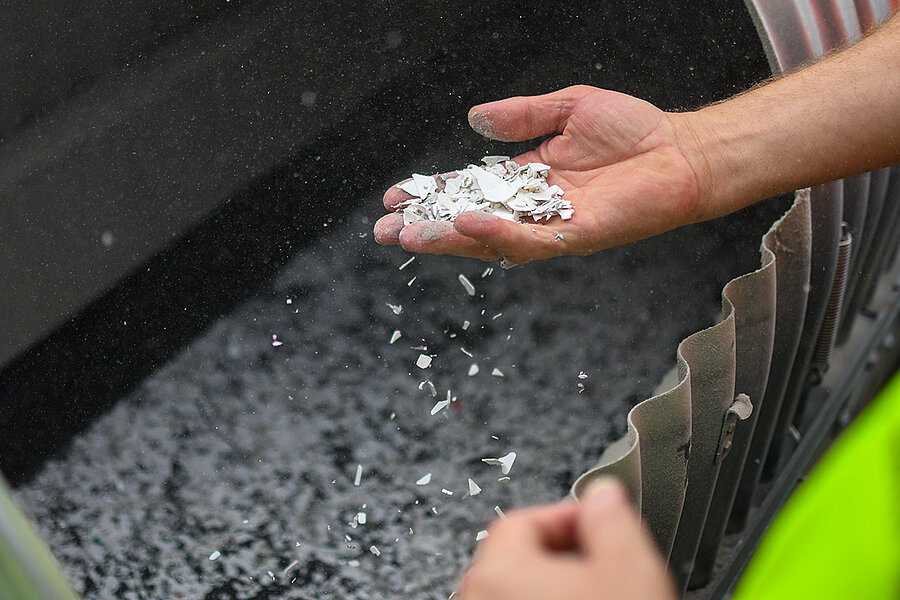 The target fractions are plastic flakes sorted by colour or type for regranulation. 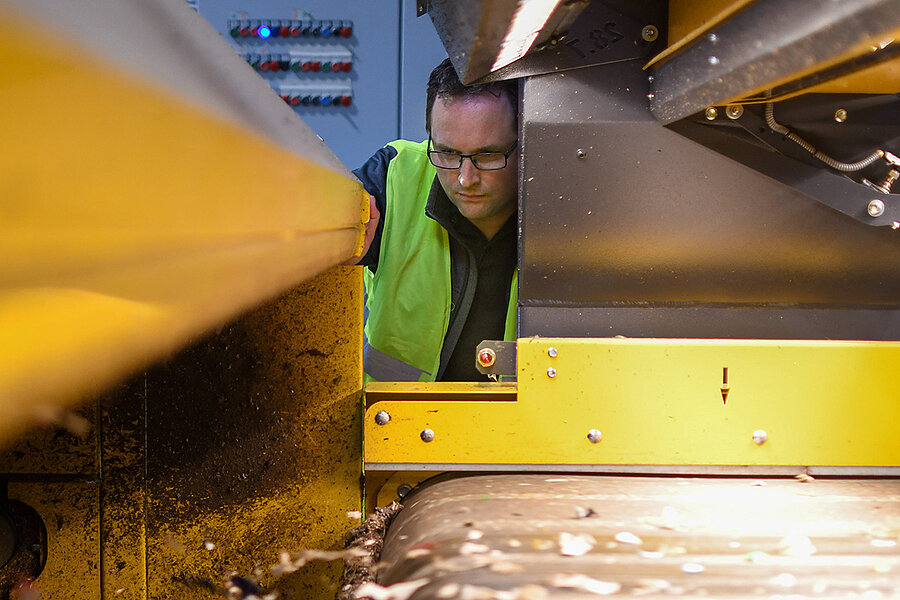 The belt covering, in conjunction with a directed airflow, stabilises even lightweight 2D objects so that they can then be sorted reliably.

When the grandfather of the Wilken Group's current director, Bernhard Wilken, took over his family's agriculture business in 1930, nobody was talking about recycling yet. 'But the two have plenty in common. On the one side a raw material goes in and, on the other, a product comes out. The formulas for mapping the raw material in the process and the machine systems used are similar. Ultimately we're creating feed for recyclers', says Wilken, describing his business.

The raw materials Wilken is talking about are post-consumer packaging materials such as rigid polyethylene (PE) and polypropylene (PP) films from the major environmental service providers from all over Europe. Wilken's formula is a process in four stages: shredding, sorting, washing and drying, to create ready-to-melt polyolefin (PO) flakes. Given the volatility of the market, flexibility is particularly important to Wilken. 'We currently sort PP, PE and, as of recently, mixed polyolefins (MPO). But that can of course change at any time, depending on market conditions.' To ensure this flexibility, Wilken employs STEINERT sorting systems. The UniSort Film EVO 5.0 sorting machine, equipped with a colour and near-infrared (NIR) sensor combination, enables more than just detecting a wide bandwidth of materials and differentiating plastic types. Its innovative belt cover with directed airflow enables 3D and 2D materials to be sorted such that even fractions of film material do not pose a problem.

Success for a farmer and a recycler

The Wilken Group is formed of six business areas. What is special about the group, however, is that these different fields are closely intermeshed and support one another: the arable farming serves as a supply for the poultry farming; the rest of the agricultural operation forms the basis of the company's own biogas plant, whose thermal energy is used for drying the plastic flakes. The motto is: 'Self-sufficiency without excessive use of external resources'. So it is no surprise that the roof of the production hall is adorned with a photovoltaic system that generates electricity for the plastic recycling process. 'A 3-megawatt wind turbine is in planning, so that we will be completely self-sufficient and will be able to carry out plastic recycling using only renewable energy.'

Despite what is already a high level of quality, Wilken continues to optimise his process and the recycling lines without cease. 'We're still learning', he says, while every batch is checked in his own laboratory, every complaint is taken seriously and every opportunity is taken to discuss new potential and the use of new technologies with specialists. And the next sorting system project has already been specified. This focuses on black plastics, which Wilken would like to prepare in the highest possible quality for his demanding clients.  What is also certain is that he will be buying directly from the manufacturer. 'Of course, I compared everything before I made the purchase. But with STEINERT I had the feeling that they understood me better. That's typical of a medium-sized family business, of course. So I just get on with them better.'