Extraction of minerals involves continuous R&D to find new techniques or improve existing methods. Sensor Ore Sorting is an evolving process and is finding more applications in pre-concentration including gold, as the technology continues to improve…. 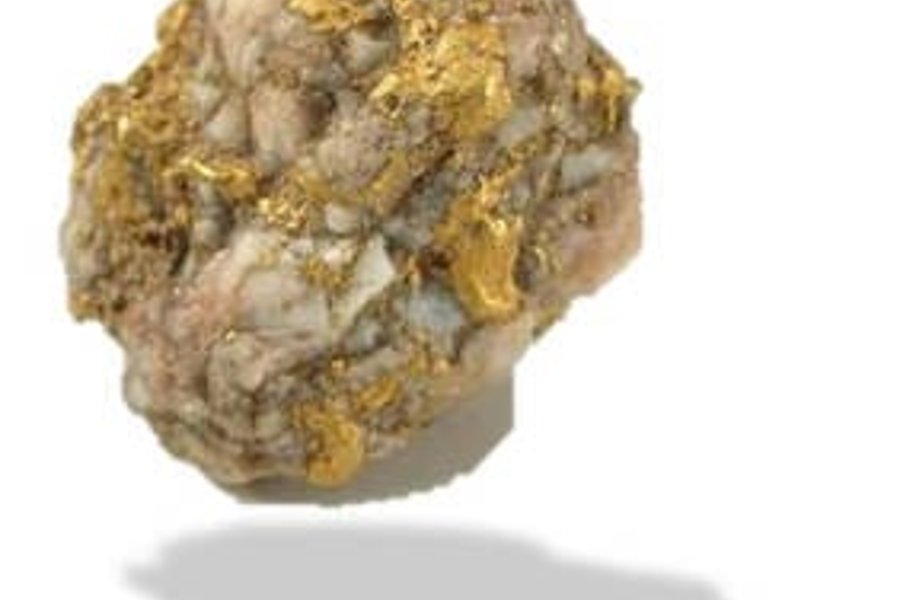 A native metal is any metal that is found in nature in metallic form, either pure or as an alloy. Gold and Silver are such metals and in Ancient times they were highly sought after to make ornaments and jewellery, but were of little practical use to man.

Copper can also be found in native form, and this was the metal which formed the bridge between the Stone Age and the Metal Age as it was useful to man in that he was able to shape it into functional implements, tools and weapons.

There is something about gold which draws people to it and the Ancients continued to be fascinated by its lustre and malleability.  The gold was recovered as free nuggets and fine particles from alluvials known as Placers formed from outcropping Lodes, which over millions of years eroded then travelled by wind, rain, ice, and snow, to concentrate in streams and river beds.

Concentration of the gold was made by simple gravity methods such as panning, and then smelted to ingots for use in making gold leaf, jewellery and coins.

Gold use in Trade

In regard to exchange of goods and services between people and countries Bartering was the common method before it became apparent that gold represented wealth and could be used as a commodity. It was made in practical items for such exchange and called coins – countries in Asia Minor were the first to mint coinage of a guaranteed value, and it gradually replaced the barter system evolving into the International Monetary system we have today.

As Placer gold is relatively easy to recover and deposits were soon exhausted due to many people working the fields.  The demand however being ever present, there was frantic migration of workers, from many nations, to any new discoveries.

These became known as “Gold Rushes” and they occurred in Ancient time through to the major  rushes of the 19th century in the United States, Australia, New Zealand, Brazil, Canada, South Africa, and to some extent is still the case today.

To exploit the gold lodes, different mining methods were required, coupled with new processing techniques to liberate the gold from the host rocks. Concentration by gravity after liberation was still the main method and from this evolved the use of mercury to aid upgrading, and the use of cyanide to dissolve fine gold and improve recoveries as it was realized that ores varied widely, categorized simply as:-

Extraction of Minerals involves continuous R&D to find new techniques or improve existing methods. Sensor Ore Sorting is an evolving process and is finding more applications in pre-concentration including gold, as the technology improves.

If ores are amenable to pre-concentration at coarse sizes, an opportunity is presented to reject a portion of the crushed ore between the crushing and grinding circuits as a coarse barren fraction. Sensors can be selected to make use of the properties of the contained minerals and applied to Sort or effect a separation of the waste from the valuable minerals.

The advantage of any type of pre-concentration at a coarse size means the size of all downstream processes will be reduced, or conversely, the overall treatment rate increased, which could be particularly significant in terms of operating cost and product output.

Pre-concentration of ore at remote sites can reduce haulage costs. Satellite ore-bodies can be mined more effectively if pre-concentration scalping is carried out in-pit or close to pit.

Ask us for conceptual process flowsheet for free milling gold ore which is amenable to pre-concentration, has a range of gold particle sizes which can be recovered by gravity methods down to a certain size and the remainder by dissolution in cyanide and recovery on activated carbon for smelting to doré.

Such an approach is being adopted to exploit the vast low grade waste dumps in South Africa, accumulated from decades of mining when the gold price was too low to be economic.