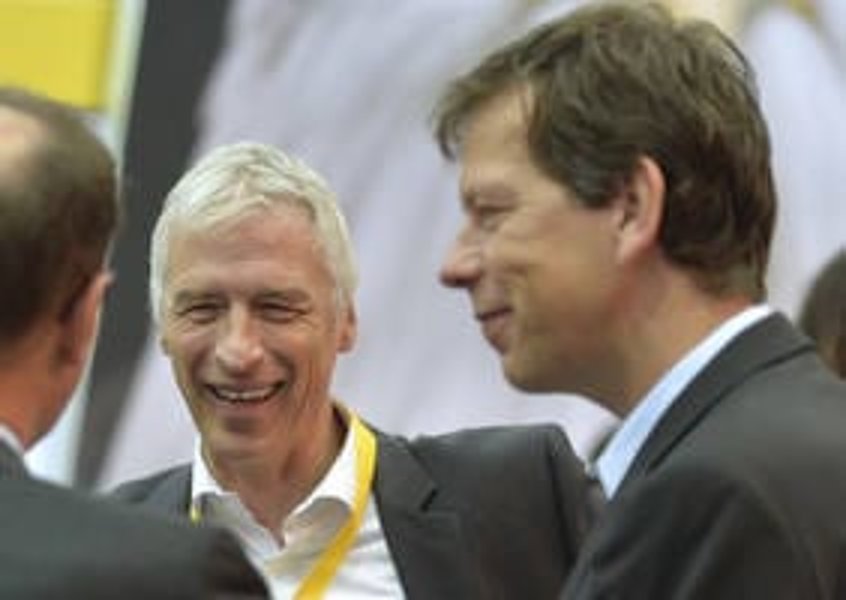 After five intense trade fair days, IFAT in Munich has closed its doors and STEINERT can look back on an outstanding trade fair presence. “We have rarely had such a high density of high-level, concrete discussions with new customers,” reported Dr. Uwe Habich and Peter Funke, both Managing Directors of STEINERT Elektromagnetbau GmbH. “The combination of the UniSort Black and the UniSort BlackEye, for sorting black plastics, attracted customers like a magnet. We have a clear technological advantage when it comes to boosting the recycling rates in this area,” continued Peter Funke, summing up the participation. The plastic sorting can be carried out at various stations along the recycling chain — at disposal companies and recycling firms alike. The UniSort Black is, for example, used in sorting facilities for lightweight packaging from household goods (separated into “yellow bins” in Germany). This machine sorts dark and black objects as well as the other residual materials that the upstream technology misses because NIR systems cannot recognize them. It can reveal them as black objects within the waste stream and sort them out. The UniSort BlackEye is the next logical step in this evolution of the sorting systems, because it can distinguish black plastics according to the categories PE, PP, PS and PVC. To sum up, the Managing Directors of the magnetic sorting and sensor technology specialists from Cologne said: “There is a great deal of interest in this type of economic processing technology. We had a very large number of visitors with real tasks to accomplish.”

Matec Inc. signs for use of the UniSort BlackEye in Japan

Concrete expressions of interest included various concluded orders. A further order was placed by Matec Inc. - one of Japan’s largest processors of auto shredder residue (ASR) and waste, with eight scrapyards and various collection facilities - who signed an order for a UniSort BlackEye. The unit will be commissioned during this year at an ASR facility at Obihiro, the main location of Matec Inc. on the island of Hokkaidō in the north of Japan. It will separate black polyvinyl chloride (PVC) from a light fraction of shredder residue. Armin Vogel, Sales Area Manager STEINERT: “Matec is one of the largest ASR and refuse processors in Japan and a STEINERT customer of many years’ standing, with around 50 STEINERT machines in operation. We are extremely pleased that we could convince them of the value of our new development.”

Live demonstrations and a specialist presentation

In addition to the trade fair stand, the company also participated in the live demonstrations of the trade association VDBUM (Verband der Baubranche, Umwelt- und Maschinentechnik e.V.) in the outdoor area. Here, Werner DOPPSTADT Umwelttechnik GmbH und Co. KG and STEINERT presented a process for use in the recycling of demolition waste. After wind shifting the removal of metal followed by using the STEINERT ISS (induction sorting system). Tobias Ervens, Head of the Internal Technical Service at STEINERT: “Sorting out the metals from the demolition waste increases the value-added for the customer. The interest in this process step was so great that the customers came directly from the demonstration to the sorting unit to learn more about the technology.”

The topic “Value Creation through the Processing of Aluminium Salt Slags” was presented by Patrick Lindweiler of STEINERT and Alfred Weber of BHS Sonthofen within the series of presentations of the Munich Trade Fair Forum. “We see a great potential for smelters and aluminium smelters to use the processing of salt slags to take their value creation into their own hands and so close their own recycling loops,” said Patrick Lindweiler, Business Development Manager at STEINERT.

The high demand at the trade fair confirmed that STEINERT’s technology and service solutions equip the company to face the future. STEINERT can take a positive view of the coming months with this abundance of concrete inquiries.